There were several other schools taking part so there were also lots and lots of other children. We were all introduced and we had to wave our flags in the air when our country was called. We were Italy this year.  Then we all went off to take part in our activities.  After we had competed we had a presentation of trophies.  Finally, we had a lovely picnic on the field.

“It was really hard at first, but after a few practises I got lots of points for my team” Rosie I (Golf) 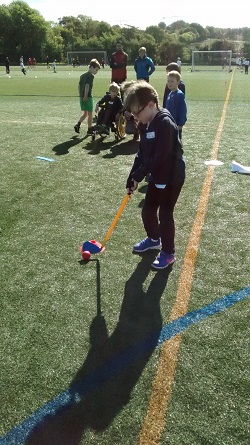 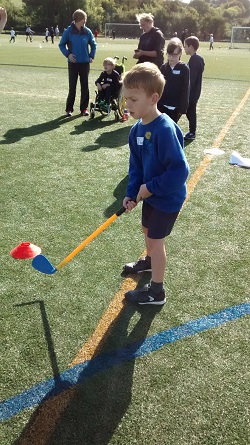 “At first we were very good but we got better and better, we were really glad that we won all of our rugby matches even against the Year 4s” Edward Y3

“It was really fun, because we learnt a new dance” Emily Y3

“At the start the pedals were really hard to turn, but I got used to it and I won a medal!” Louis Y3

“At the start it was kind of hard, but then we got better and in the matches I saved a shot” Toby Y3 (Football)

“When I was doing hockey I had to go around different stations and get points, on the second one they made it hard because if you touched the cone with the ball or stick you would lose a life and you only had 5!” Hannah Y3

“In rugby I was really nervous about playing the matches, but after I was fine and we won all of our matches” Huw Y3

“In athletics we had to go around different stations that got harder and harder, my favourite one was the sprint I think I did really well at it” Amber Y3


Back to the Year Three Blog Menu