“We wrote letters to Sir Oliver Heald to ask him to help protect sharks around the world.” Poppy

“Some fisherman catch sharks for their fins. Sometimes the fins are used to make shark fin soup. It is very cruel and I want it to stop.” Tilly

“I hope my letter persuades the government to set limits on shark fishing. This will help the sharks.” Ellie

“I really want sharks to be protected and people to help the sharks. Making shark fin soup is cruel and I hope my letter helps to stop the sharks being overfished.” Oscar 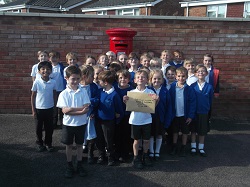 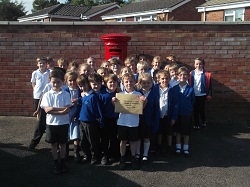 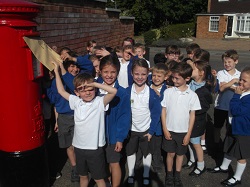 We were very excited when Miss Doke received an email back from Sir Oliver Heald saying that he had passed our letters to the Department for the Environment, Food and Rural Affairs.  He said that as soon as he receives a reply from George Eustice MP, who is the minister responsible for marine and fisheries policy, he will be in touch again.


Back to the Year Two Blog Menu