The children worked really hard to learn their lines, all the words to the songs and some super dances.  We are very proud of all of the children.  Well done!

There was a lot of hustle and bustle as people got ready to return to the town where they were born for the census. 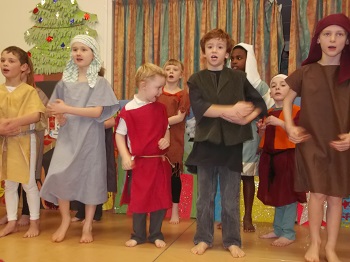 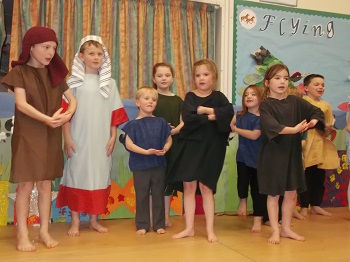 On the hillside, the sheep could not sleep because they could sense that something was going on.  The smallest sheep was rather curious! 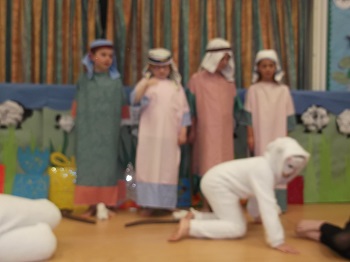 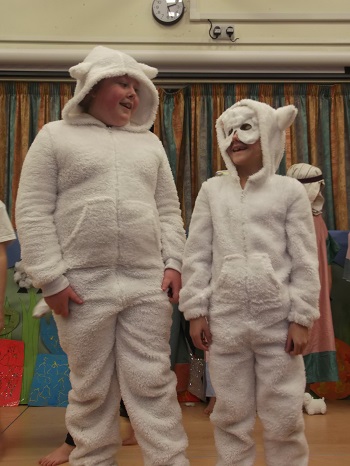 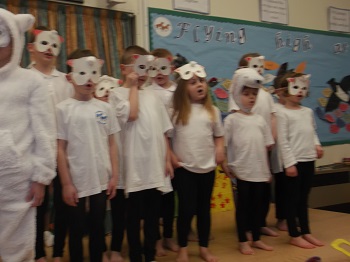 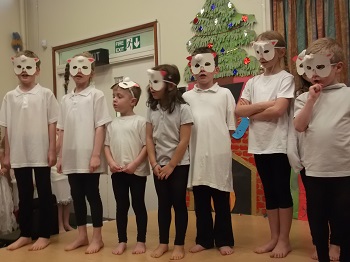 Mary and Joseph travelled to Bethlehem on a donkey.  It was a long way and the donkey felt very tired! 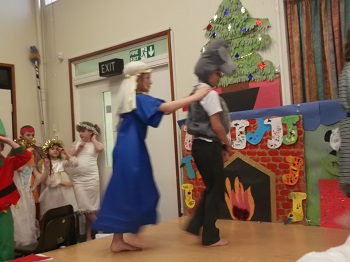 The three wise men had heard news of a new king but they found it tricky to follow their map! 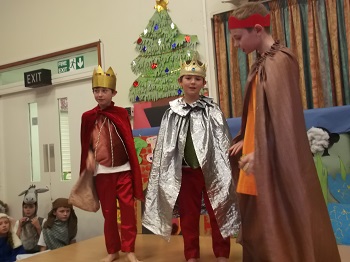 A bright star appeared in the East and they decided to follow the star to see where it would lead them. 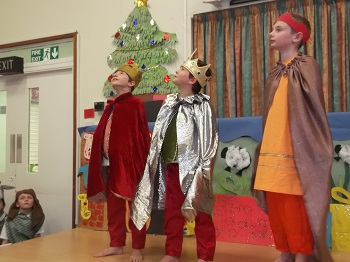 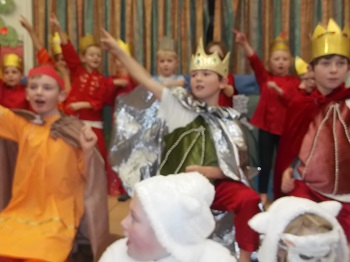 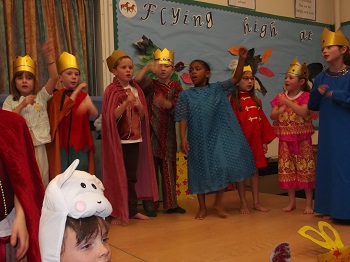 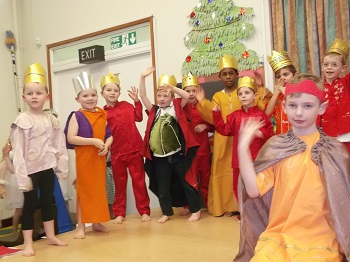 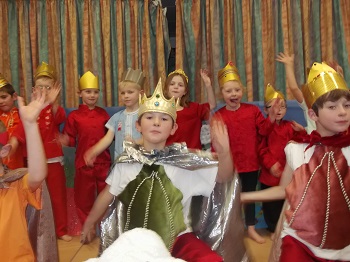 The sheep in the fields had also noticed the bright star and started to race around in the field.  The shepherds tried to round them up again, and were shouting, "Hey ewe, come back here!" 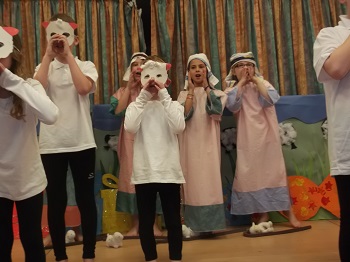 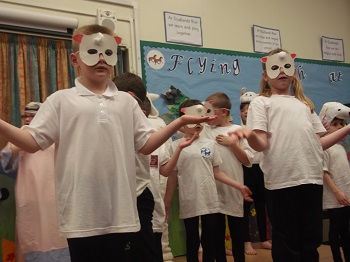 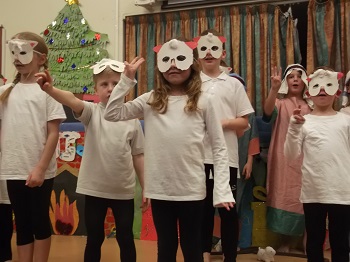 The angels appeared bringing good news and great joy about a special baby who had been born in Bethlehem.  They told the shepherds they should go and worship Him. 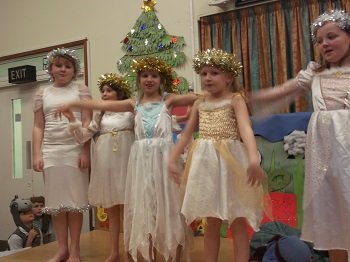 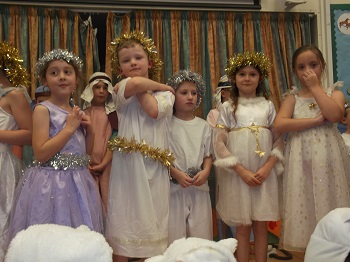 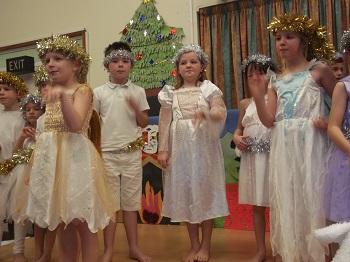 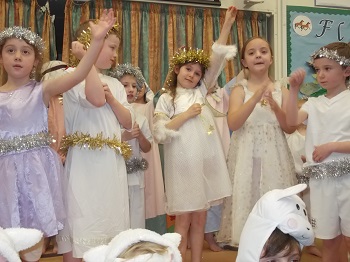 Everyone gathered round the special baby.  The three wise men brought gifts - frankincense, gold and myrrh.  The curious sheep thought what strange presents they were for a baby and gave Him a soft fleece to lay on. 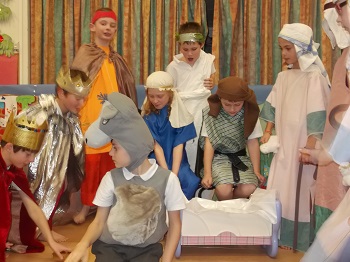 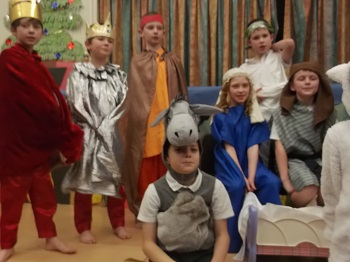 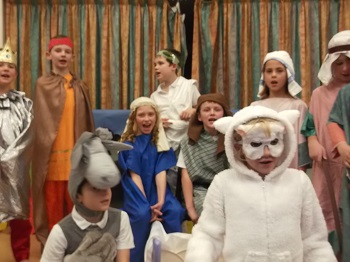 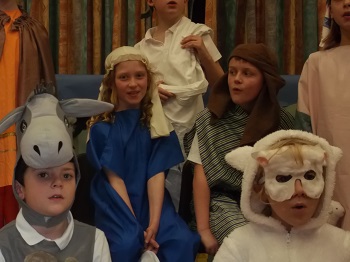 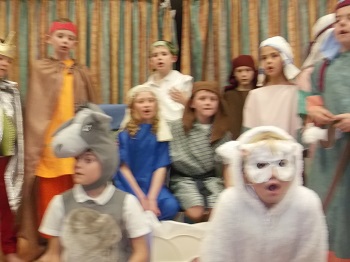 Back to the Year One Blog Menu